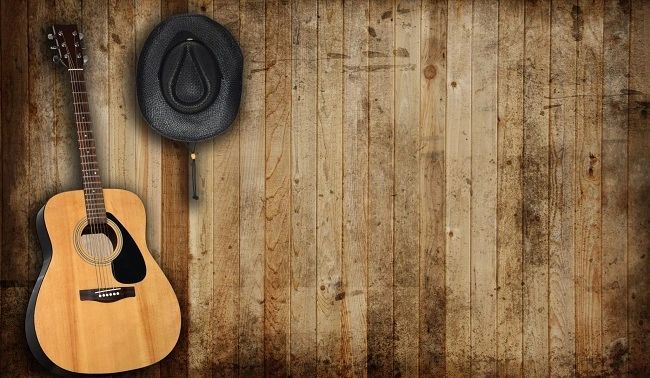 We are Northern Maine and Western New Brunswick's only Classic Country music station!

The History of Our Station

Updated regularly from the desk of Gary Marquis of the Caribou Recreation Department.

Chris Stapleton is Coming to Bangor

Chris Stapleton's All-American Road Show is back and coming to Maine Savings Amphitheater on Thursday, July 6 with special guests Marty Stuart & Allen Stone! ALL A PART OF THE 2023 VARNEY INSURANCE CONCERT SERIES

Lee Brice and Cole Swindell are coming to Bangor on Sunday, May 28. This is a rare opportunity to see not one, but two major performers.


General sales go live on Friday, February 3 at 10:00 am. Go to waterfrontconcerts.com


Be watching our social media for your chance to win some tickets.

Coming to Woodstock on Feb 5th. McCain Theater at Woodstock High School. Get your tickets now at www.embou.ca

Champions of Magic at the Collins Center in Orono

Thursday, March 2  at the Collins Center for the Arts, Orono

The Champions Of Magic team present incredible illusions with supercars, an impossible escape from Houdini’s water torture cell, a mind-blowing prediction that has to be seen to be believed, levitation high above the stage and a finale beyond explanation. The show features original magic that can’t be seen anywhere else

Chelsea Handler to play at the Cross Center

Chelsea Handler is a comedian, television host, New York Times best-selling author and advocate whose humor and candor have established her as one of the most celebrated voices in entertainment and pop culture. After a strong seven-year run as the host of E!’s top-rated Chelsea Lately, a tenure in which she was the only female late-night talk show host on-air, she launched her documentary series Chelsea Does followed by her talk show Chelsea on Netflix in 2016. She has penned six best-selling books, five of which have reached #1 on the New York Times Bestseller list, including 2019’s Life Will Be the Death of Me. She will executive produce and star in a TV adaptation of the book under her production banner, Chelsea Handler Productions.

Coinciding with the launch of their U.S. summer tour Dave Matthews

Band will release Walk Around The Moon – their 10 th studio album and the follow-up to their chart-topping 2018 album, Come Tomorrow – on May 19. Most of the album’s 12 original songs were recorded with producer Rob Evans, including the first single, “Madman’s Eyes,”

An online ticket presale for members of the DMB Warehouse Fan Association is underway now at www.warehouse.davematthewsband.com. Citi is the official card of the Dave Matthews Band 2023 tour.

Tickets will go on sale to the general public on February 17 at 10 am local time.

Waterfront Concerts is excited to announce that Kane Brown is bringing his Drunk or Dreaming Tour to Maine Savings Amphitheater in Bangor, ME on Thursday, June 22! He is bringing along special guests Gabby Barrett and Restless Road

NEW SHOW:: It’s High Time! Nickelback is heading out on the Get Rollin’ Tour with Brantley Gilbert and Josh Ross on Thursday, August 24th! Tickets go on sale this Friday, January 27th at 10 AM.

ALL A PART OF THE 2023 VARNEY INSURANCE CONCERT SERIES

NEW SHOW:: Waterfront Concerts is excited to be bringing Hank Williams Jr. back to Bangor, ME at Maine Savings Amphitheater on Friday, August 25

Alongside him is special guest Old Crow Medicine Show.

Plan for Moosestompers Weekend in Houlton

Join us at the Houlton Area Winter Carnival for free and healthy entertainment for the whole family. Ski, skate, slde, or ride. Fun for everyone!!!


Schedule of events coming soon at

The Largest Snowmobile Event of the Winter in Maine on  March 2nd-5th!

Memorial Mayhem at the Springfield Fairgrounds

Join us for MEMORIAL MAYHEM

Derby, Food,  Music, camping and so much more...
Saturday May 27th we are offering FREE Camping for Saturday Night after the Whey Jennings Performance! Check out the Memorial Mayhem Flyer for a day packed FULL of fun!

FOLLOW WHEY JENNINGS ENDEAVORS AS HE TAKES OVER HIS GRANDFATHERS LEGACY!!
https://www.wheyjennings.com/music

THE NEW MAILING ADDRESS FOR KIXXFM IS PO BOX 344, MONTICELLO